... I shouldn't have left you. I know. Apologies. So here we go crash, bang, wallop into the 2012/13 season. Biggest freakin backflip I've ever seen a chick do. Boom. About time we had a film like this. Welcome snow. It's good to see you again.
Posted by Pedalfeet at 00:42 8 comments: 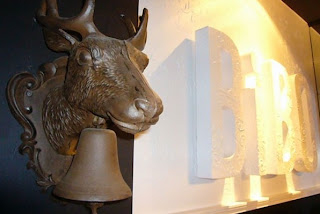 I'm having a bit of a vegan adventure at the moment. I say adventure because I've been vegan for over two years now and it's only just started to become interesting. Before it was all about what I couldn't eat. Now it's all about exploration and stuffing my face.
The flip switch for this was in Nelson, BC two weeks ago. I was on a trip travelling from Calgary to Vancouver, skiing as many resorts inbetween as we could. I had eaten pretty much salad every day as BC loves its meat dead and on a plate with little thought for any creative veggie/vegan options. And hell I know being vegan is sad so I'm used to compromising and pretending I simply love rocket. But eating salad every day is not good for a girl's soul nor is it good for hiking ridges and dropping insane tree lines in Whitewater and frankly I was pissed off. (On a side note I love Whitewater - 'yeah we don't really cater for beginners. What are you gonna do?' says Anne Pidgeon the marketing lass.)Just so you get an idea of the terrain: 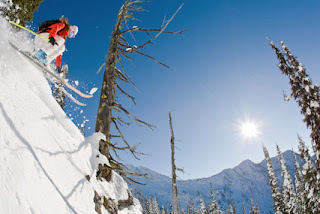 Boom.
One night we ended up in Bibo in Nelson, a low-lit bistro with a spectacular wine list and a beautiful menu. Full of meat. Even the one veggie option was covered in cheese. I ordered another Faceplant beer and settled in for some bread. Then: shocker. The waiter said the chef will simply rustle something up for me. This was unheard of. Back in Davos in December when the five star hotel I was staying in said it could cater for a vegan diet I was presented with a plate of steamed broccoli. I shit you not.
But at Bibo the chef obviously had talent and within 20 minutes I was presented with a plate of risotto in oil and white wine, roasted fennel and toasted almonds - without doubt the best meal I had in Canada. Apparently the lambshanks, the chowder and the salmon were ace too but I can't vouch for that directly.
The same thing happened staying at Chalet Aurianne in Verbier in January. The chef David rose to the challenge and made fantastic vegan meals every night - as well as vegan cakes. At the end of the week he actually thanked me for putting the playful and creative stuff back into his cooking.
So now I'm inspired. No longer will I suffer steamed vegetables (Switzerland you have been warned) and crap salad (oooh iceberg lettuce and a tomato, thanks so much.) I am on an adventure - I have bikes and skis to power and salad aint gonna cut it.
Posted by Pedalfeet at 02:33 4 comments:

Yesterday I skied the Plan d'Aiguille with my mate Matt. Gorgeous visibility, the light was perfect, snow crispy even though tracked. For some reason I found it necessary to faceplant the entire way down. I definitely counted five plus a few tree shagging incidents for good measure. Boots too tight/loose, wrong skis blah blah crap technique, man I hate skiing. You get the picture.
I'm off to South Africa tomorrow (French ski resort in February are you insane?) for some sun and work. If I could have burnt my skis before leaving I would. Over it, bad mood, child. Then Matt sent me this video clip. Man. Now I'm just going to have to get new skis.

JP Auclair Street Segment (from All.I.Can.) from Sherpas Cinema on Vimeo.
Posted by Pedalfeet at 09:40 1 comment:

Thanks to the Adventure Journal for this one. Female freestyle has a very bright future. BTW - she's nine-years-old. Yep.

Posted by Pedalfeet at 02:49 No comments:

In, out and relax

Been in Norway last couple of days skiing the most epic powder. Lyngen Lodge eat your heart out. This was Sogndal with these boys: Breogfjell. Sweet ass touring, cabins overnight G3 HIghball skis (107 underfoot) - and you could still have gone bigger. Japanese-style tree runs, huge powder bowls and a little bus to pick you up at the end of it all. Awe. Some.
Then I got back to Chamonix and a lorry sprayed me head to toe in water as I walked to yoga (natch) and it's so cold (-10) that it froze instantly on contact with me and my down jacket. Love Chamonix. And now I'm off to Verbier for a few days. But getting serious bike withdrawal symptoms so instead of working today I've been perusing this gallery of the best shots of 2012 on Pinkbike. Hello wheels.

Posted by Pedalfeet at 02:21 No comments:

A girl who rides bikes - like rides bikes you know? None of this white-lycra-with-pink-on-it-and-techy-info-about-brakes-bores-me rubbish.
Lea Weill I salute you.

Posted by Pedalfeet at 03:08 No comments:

... but hell we've all been busy right? Without further ado let's start 2012 how we mean to go on.
This blog is spectacular: http://bangabledudesinprocycling.com/

Girls who said there was sexism in cycling?
Posted by Pedalfeet at 05:17 No comments: